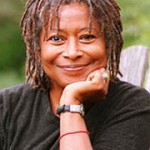 ALICE WALKER, best selling author of prize-winning novels including The Color Purple, lived at 55 Midwood Street in the 1970s.

MEREDITH RAINEY, 1992 U.S. Olympic Team Runner, grew up in Lefferts Manor. She did much of her early training in Prospect Park.

SYD JOE’S CARIBBEAN ALL STAR ORCHESTRA was the most prominent West Indian musical group in Brooklyn for years.

The late DR. ALEXANDER WEINER discovered the Rh factor in blood. Prior to his discovery, 10,000 babies died each year in the U.S. due to incompatibility with their mother’s blood

The late DAN STRAYHORN, Broadway singer, dancer, and actor was featured in such shows as Sophisticated Ladies, Grand Hotel, Starlight Express, and the Wiz.

JOHN MOTLEY, musician and conductor, conducted the All-City High School Chorus at Gracie Mansion for Mayor Koch in 1981. In 1964 he accompanied Marilyn Anderson and Sidney Poitier at the United Nations at the opening ceremonies of the 19th Session of the General Assembly of the United Nations.

CHRISTIE TODD WHITMAN, former New Jersey Governor and former head of the Environmental Protection Agency, was born at 109 Maple Street, in a house built for William Todd, the head of the New York-based Todd Shipyards Corporation.

Burlesque actress MAE WEST’S MOTHER lived on Rutland Road. Mae used to visit her mother regularly, and she delighted and shocked the neighbors by exercising in the back yard.